Doctor Strange in the Multiverse of Madness: The Secret of the Book of Vishanti

Guardians of the Galaxy Vol. 3 Has Completed Its Production, And James Gunn Has Added A Surprising Role

WeCrashed: Jared Leto And Anne Hathaway Depicted As A Couple At War In New Trailer 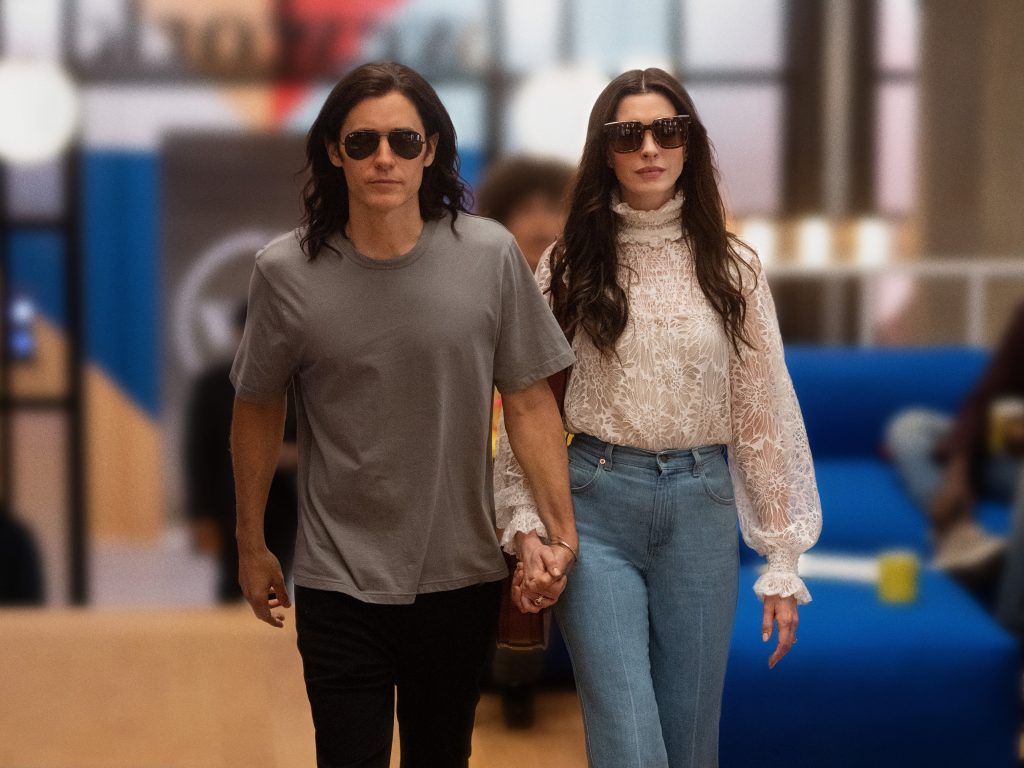 A new trailer for the film WeCrashed, which stars Jared Leto and Anne Hathaway as a couple at battle with one another over a corporate empire of epic proportions, has been released by Apple TV+. T his limited series revolves around the up and down of WeWork, a commercial real estate firm that offers flexible shared workplaces for startups and other businesses.

With inspiration drawn from real-life events as well as the love story at its heart, WeCrashed will demonstrate how WeWork went from a single coworking space to a worldwide brand with a market capitalization of more than $47 billion in less than a decade… before everything came tumbling down.  Jared Leto takes on the role of Adam Neumann, the dynamic co-founder of WeWork, while Anne Hathaway portrays Rebekah Neumann, Adam’s wife and chief brand officer at WeWork.

The eight-episode series is adapted from Lee Eisenberg and Drew Crevello’s popular Wondery podcast WeCrashed: The Rise and Fall of WeWork, for which they also serve as co-writers, co-showrunners, and executive producers.

Leto undergoes another makeover in the WeCrashed trailer to portray Adam Neuman, a “crazy” Israeli businessman obsessed with dollar thoughts. Hathaway also impresses in the newly released film as Rebekah Neuman, a businesswoman with her selfish motive. In terms of workplace dramas, WeCrashed seems to be an in-depth examination of greed, treachery, and self-sabotage. After all, one does not become the CEO of a multibillion-dollar firm without trampling on several little individuals getting in the way.

Besides Eisenberg and Crevello, John Requa and Glenn Ficarra served as executive producers and directors for WeCrashed. Stars such as  Kyle Marvin, America Ferrera, and O-T Fagbenle, in addition to Jared Leto and Anne Hathaway also join the cast. The first three episodes of WeCrashed will premiere on Apple TV+ on March 18, 2022, and additional episodes will be released every Friday afterward. What were your thoughts on the WeCrashed trailer?

With hundreds, if not thousands, of various realities in Doctor Strange in the Multiverse of…

Doctor Strange in the Multiverse of Madness: The Secret of the Book of Vishanti

Guardians of the Galaxy Vol. 3 Has Completed Its Production, And James Gunn Has Added A Surprising Role