The Dumbledore Family’s Origins In the film ‘Fantastic Beasts’ 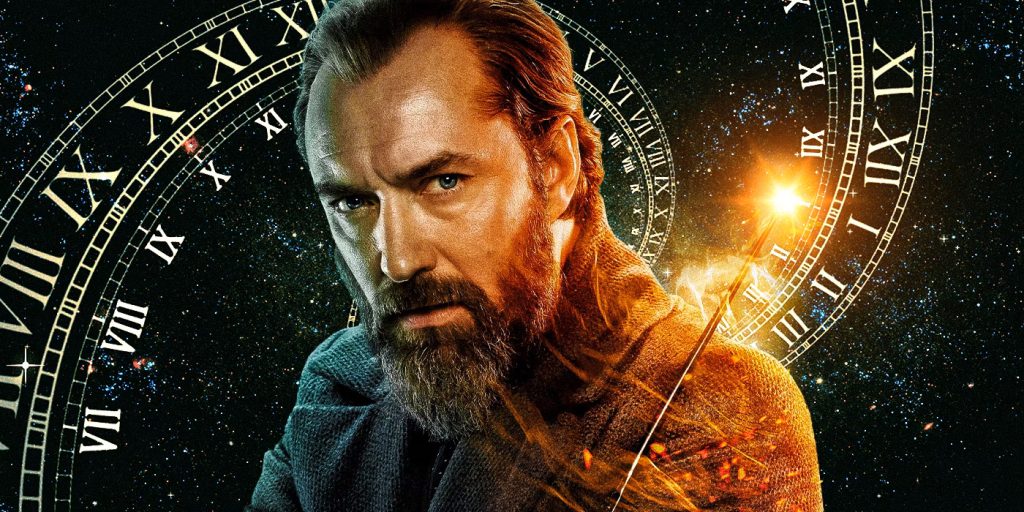 After multiple delays due to COVID-19 shutdowns, Fantastic Beasts: The Secrets of Dumbledore opened in cinemas on April 15 and debuted on HBO Max last week. However, the epidemic isn’t the only reason the Harry Potter prequel was delayed. Despite the fact that the franchise has been advertised as a five-part story, the Fantastic Beasts series has experienced various problems during its existence, and fans have been confused about the project’s aim. The series has evolved into a full-fledged Harry Potter prequel based on the First Wizarding War, despite its origins as a “creature feature” loosely inspired by J.K. Rowling’s 2001 companion guide.

Jude Law was introduced in the previous film Fantastic Beasts: The Crimes of Grindelwald as a younger version of Albus Dumbledore in the late 1920s. Dumbledore was a professor of Defense Against the Dark Arts long before he became the Headmaster of Hogwarts. The Wizarding World is at a standstill in the post-World War I era, as the charismatic evil lord Gellert Grindelwald (then played by Johnny Depp) has won popularity among many witches and wizards due to his conviction in muggle inferiority. Many others, including Dumbledore, worry that Grindelwald’s extremist ideas may lead to a full-fledged war between the two worlds.

From his own personal experiences, Dumbledore is aware of Grindelwald’s destructive nature. The two were childhood friends who explored cutting-edge magic together, as described in the book Harry Potter and the Deathly Hallows and adapted in both film adaptations. Despite the fact that the book doesn’t explicitly mention it, it was widely assumed by Harry Potter fans that the two were romantically engaged. Rowling’s official statements on the issue have sparked heated discussion throughout the publication of both the novels and the films; Rowling has regularly stated that the two were intimately related but has been hesitant to put any concrete evidence of their connection inside the text itself.

In any case, The Secrets of Dumbledore retells the narrative of how political disputes drove Albus and Grindelwald apart, as well as the enduring influence their time together had on Albus’ younger brother, Aberforth. Within the Fantastic Beasts timeline, Richard Coyle is introduced as the younger version of Aberforth in The Secrets of Grindelwald. In The Deathly Hallows, Part 2, Ciaran Hinds appears as the elder Aberforth, who is revealed to be the barman of the Hog’s Head Inn and a covert ally of the Order of the Phoenix resistance group. The Secrets of Grindelwald reveals that the two’s friendship dates back many years; the younger Aberforth assists Newt Scamander (Eddie Redmayne) and his pals in smuggling them into Hogwarts by allowing them to remain. By permitting Eddie Redmayne) and his pals to remain at the Hog’s Head, they are able to get into Hogwarts.

Aberforth was afraid of Albus’s link with Grindelwald as a child, fearing that Grindelwald’s evil magic might lead Albus down a darker path. Grindelwald persuades Albus to join him in a crusade to “subjugate” muggles to the wizarding world, and the two intend to start a battle together. Aberforth confronts the two about their plans, drawing the three young wizards into terrifying three-way combat at Godric’s Hollow, the Dumbledore family estate.

During the fight, Ariana, the youngest of the three Dumbledore children, is inadvertently killed by a spell. Ariana was an adolescent at the time, and she couldn’t manage her magical abilities. It’s never certain who set the curse, whether it was Albus, Aberforth, or Grindelwald, but Albus explains in The Secrets of Dumbledore that it “didn’t really matter,” and the mystery follows all three of them for the rest of their lives. Aberforth never forgives his brother since Grindelwald departs the incident, ultimately terminating his connection with Albus.

Despite the fact that Ariana’s death had already been proven, Ezra Miller’s character Credence Barebone was revealed to be a member of the Dumbledore family in the last moments of The Crimes of Grindelwald. Credence, like Ariana, was unable to control his magical abilities and unintentionally released his Obscurus. Credence is commanded by Percival Graves (Colin Farrell), an author who is subsequently revealed to be Grindelwald in disguise. Credence’s powers are honed by Grindelwald, who invites him to join his evil army. After learning Grindelwald’s actual identity, Aurelius Dumbeldore, Credence vows devotion to him.

Credence hunts down Albus in The Secrets of Dumbledore, wanting answers about his heritage. Albus verifies his relationship with Newt and goes on to explain how they are all related. Aberforth had an illegitimate kid named Aurelius. Aberforth is unable to care for his son after his mother is dead. Credence is transported to America and placed for adoption, a truth that only Leta Lestrange is aware of (Zoe Kravitz). Credence is completely oblivious of his magical abilities as he grows up.

Aberforth longs to reconnect with his kid, but the sorrow of losing both his sister and his wife makes him wary. Within the Dumbledore family, he’s grown accustomed to tragedy. Albus encourages Aberforth to contact him, wanting to be a better uncle than a brother. Aberforth and Aurelius speak privately in the Hog’s Head by writing on a mirror.

Aurelius, in the end, betrays Grindelwald and decides to uncover his deceptions ahead of the Wizarding World Election. Under Albus’s cautious attention, Aurelius is eventually able to bond with his father, despite being gravely wounded in the battle. Albus and Aberforth become closer after their reunion. While his final destiny in the Harry Potter timeline will be revealed in the fourth and fifth Fantastic Beasts films, the Dumbledore family may be able to rest easy for the time being.