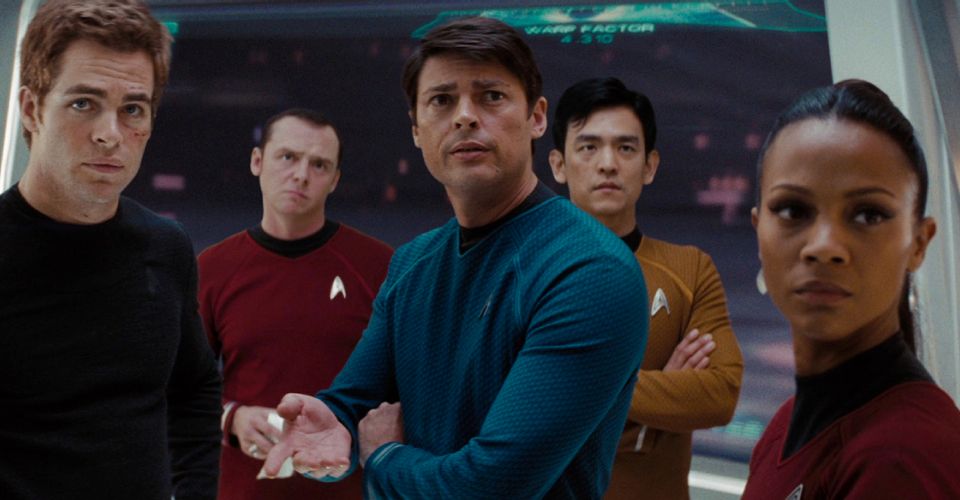 Earlier this month, Paramount Pictures astonished Trek hardcore fans by announcing that production on its fourth modern Star Trek movie is set to start off by the end of the year. Stars Chris Pine, Zachary Quinto, Zoe Saldana, Karl Urban, John Cho, and Simon Pegg are currently in talks to reprise their respective roles. These actors, apparently, were as taken aback as fans were by the announcement.

J.J. Abrams, producer of the Star Trek television series, stated during Paramount’s investor day event, “We are thrilled to say that we are hard at work on a new Star Trek film that will be shooting by the end of the year that will be featuring our original cast.”  Nearly all of the franchise’s major players have been kept in the dark about the upcoming announcement for another movie.

Additionally, the representatives for Pine, Quinto, Saldana, Urban, Cho, and Pegg were uninformed that “their clients would be touted as a part of the deal,” nor were they known that “their clients would be shooting a movie by year’s end.” In any case, insiders believe Pine – dubbed the “lynchpin” of the project – is the first to initiate early talks to reprise his role as Captain James T. Kirk.

Some sources indicate that the screenplay for Star Trek 4 is still underway and “there is no green light or budget in place. In fact, the budget https://www.spectrosciences.com/cialis-online-tadalafil/ will now likely have to account for talent deals that may be supersized. Industry insiders say that Paramount let go of negotiating leverage in order to have a key chess piece as it courts Wall Street investors.”  Nonetheless, Paramount wants to begin filming this autumn in time for the film’s December 22, 2023 release date scheduled.

Pine, Quinto, Saldana, Urban, Cho, and Pegg co-starred in 2009’s Star Trek, 2013’s Star Trek Into Darkness, and 2016’s Star Trek Beyond with the late Anton Yelchin. Abrams produced and directed the first two films in the Star Trek franchise’s “Kelvin Timeline,” while Justin Lin produced and directed Beyond. Plans for a fourth Kelvin Star Trek film appeared to fizzle in 2018 when Pine and Chris Hemsworth (who portrayed Captain Kirk’s father, George Kirk, in the 2009 movie) supposedly walked away from the project over pay disagreements. While the franchise’s actors expressed hope for a resolution and their willingness to produce another film, Star Trek 4 was apparently put aside in early 2019. However, in April 2021, Paramount said that a new Star Trek movie is set released in June 2023. Matt Shakman (WandaVision) was chosen to helm the film in July 2021, with Abrams returning to produce. The following November, Paramount announced that it would push the release of the next Star Trek movie back until December 2023.