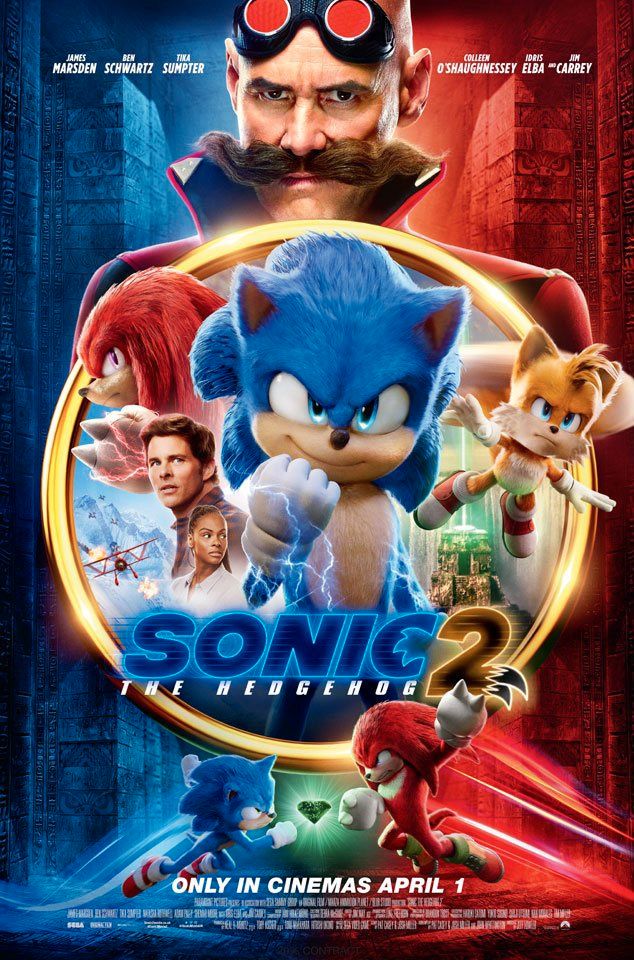 Sonic the Hedgehog 2‘s official poster has been made a significant update with the addition of Colleen O’Shaughnessey and Tika Sumpter.

James Marsden, Ben Schwartz, Idris Elba, and Jim Carrey were all included on the original Sonic 2 poster. Numerous fans outrages that although Schwartz and Elba were credited on the poster as the voices of Sonic the Hedgehog and Knuckles the Echidna, respectively, O’Shaughnessey’s name was omitted, despite the fact that she voices another major character in the shape of Miles “Tails” Prower (who she has voiced in other media for a long time).

This was considered as another instance of Hollywood unjustly treating professional voice performers in comparison to live-action actors/celebrities. (After all, even Schwartz, who voices Sonic, was omitted from the original Sonic the Hedgehog movie poster, which featured just Marsden and Carrey) Sumpter was also uncredited on the original Sonic 2 poster, despite the fact that it included her character, Maddie Wachowski. To the joy of social media, the new Sonic 2 poster, on the other hand, lists Marsden, Schwartz, Sumpter, O’Shaughnessey, Elba, and Carrey in that order.

O’Shaughnessey takes on a cameo role as Tails in the post-credits scene in 2020’s Sonic the Hedgehog before returning for the sequel. Additionally, Schwartz returns as Sonic, Marsden returns as Tom Wachowski, Carrey returns as Doctor Robotnik, and Sumpter returns as Maddie. Additionally, Adam Pally, Natasha Rothwell, Lee Majdoub, Tom Butler, and Elfina Luk reprise their roles from the previous film. Meanwhile, Elba enters the battle as Knuckles. The Suicide Squad actor is not the franchise’s only addition, as Sonic 2 will also include Shemar Moore in an unnamed role.

Sonic the Hedgehog 2 is scheduled to open in US cinemas on Friday, April 8.