In Season 2 of Loki, Gugu Mbatha-Raw reveals what is in store for the head judge of the Time Variance Authority. 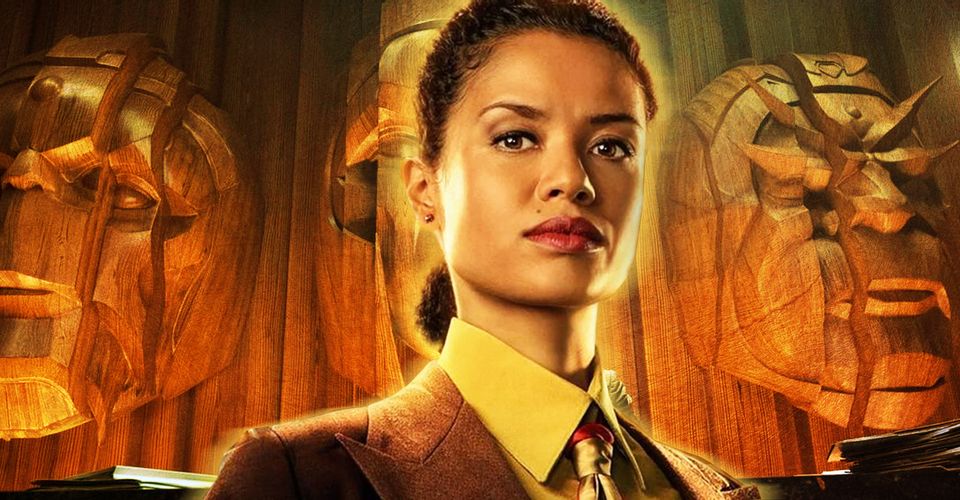 Gugu Mbatha-Raw, who is reprising her role as Ravonna Renslayer in Season 2 of Disney+’s smash streaming series Loki from Marvel Studios, has hinted at the character’s future path.

Mbatha-Raw shared her plans for Renslayer in Loki’s upcoming season in an interview with PopCulture.com.  “You know I can’t say anything about Loki. The Marvel police will come along and just take me away,”  She disclosed, then laughing.  “But no, I’m excited that it’s happening, and I really love my character. I think she’s unexpected and complex. And so, I’m excited to go to some deeper, darker places with her as well.”

Ravonna Renslayer’s involvement in Season 2 was just announced last week by Mbatha-Raw. She excitedly revealed to Michael Strahan of Good Morning America that she will replay her role, beside Tom Hiddleston and Sophie DiMartino, who play Loki and Sylvie, respectively. “I know there is a Season 2, I know that I’m in it… and that’s about all I can say!” she teased.

The second season of Loki is set to begin filming in the summer of 2022 at the iconic Pinewood Studios in the United Kingdom, according to an audition. Doctor Strange in the Multiverse of Madness is the first Marvel series on Disney+ to be renewed for a second season, with the multiverse it explored in the first season showing up in Spider-Man: No Way Home and more to come in Doctor Strange in the Multiverse of Madness.

Renslayer’s Marvel Comics bounds her with another important villain from the show, He Who Remains, aka Kang the Conqueror, but specifics about Loki Season 2’s Renslayer will still be kept under wraps. In the pages of the comics, she eventually becomes Kang’s long-term love affair. While Sylvie killed He Who Remains in Loki’s Season 1 end, a variation of the character will emerge in Ant-Man and the Wasp: Quantumania. Given how important the Multiverse is to the show’s plot, there are a plethora of chances for the two characters to cross paths.

In 2022, Disney+ will also be home to a slew of new Marvel series. The film Moon Knight, starring Oscar Isaac, will be released on March 30. Ms. Marvel, a half-hour legal comedy about Captain Marvel superfan Kamala Khan, and She-Hulk, a half-hour legal comedy about the Hulk, are both set to premiere in 2022. Also planned in 2022 is a remake of Secret Invasion starring Samuel L. Jackson and Ben Mendelsohn, stemming from the Marvel Comics crossover event of the same name.

The premiere dates of all three of those imminent projects, as well as Season 2 of Loki has not yet been set.