The family-friendly journey will kick off on March 10. 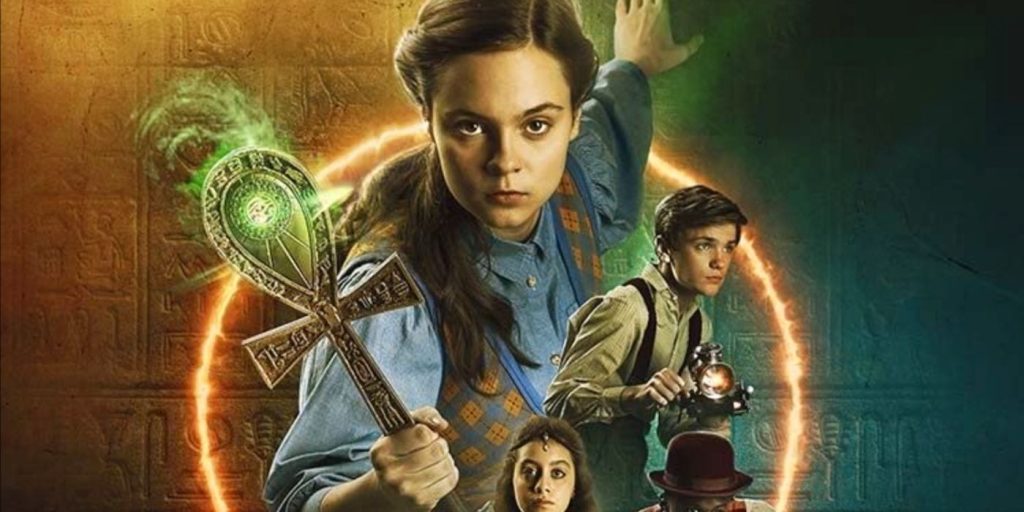 Theodosia is based on LaFevers’ children’s book series and revolves around 14-year-old Theodosia Throckmorton – popularly known as Theo – the daughter of two Egyptologists who inspired her intense passion for anything to do with Ancient Egypt. The story begins in the early twentieth century when Theodosia and her younger brother Henry go from London to Egypt’s Valley of the Kings with their parents. There, Theo and Henry go out on their own and come upon an ancient item known as the Eye of Horus. The teaser teased the two kids discovering the Eye, which is sitting on a mummy’s chest.

As you can see in the trailer, this is a watershed moment for Theodosia since her ability to detect old curses exposes itself for the first time. “I’m not falling for one of your jokes,” Henry told his sister, realizing he doesn’t have superhuman skills like his siblings. However, upon her return to London, Theodosia learns that by unleashing her abilities and uncovering the cursed item, she has exposed herself and others to peril. To resist these evil and ancient powers, Theo assembles a group of children that includes her brother, their friend Will, and Egyptian princess Safiya.

Eloise Little stars as Theodosia, Rik Young as Alistair Throckmorton, Yasmina El-Abd as Safiya, Nana Agyeman-Bediako as Will, Frankie Minchella as Henry, and Elisa Doughty as Henrietta Throckmorton in the action-adventure series. Matthias Hoene, Alex Jacob, and Matt Bloom directed Theodosia, which went into production in April in Paris and Brussels. Joe Williams, who is also the head writer, and Leila Smith serve as executive producers, with David Michel, Cécile Lauritano, and Zoé Carrera Allaix acting as producers.

On March 10, HBO Max will air Theodosia. Take a look at the new trailer featured below: