Fans got a look at Chris Hemsworth’s “greatest” and dumbest stunt in a BTS video from Netflix’s Extraction 2. 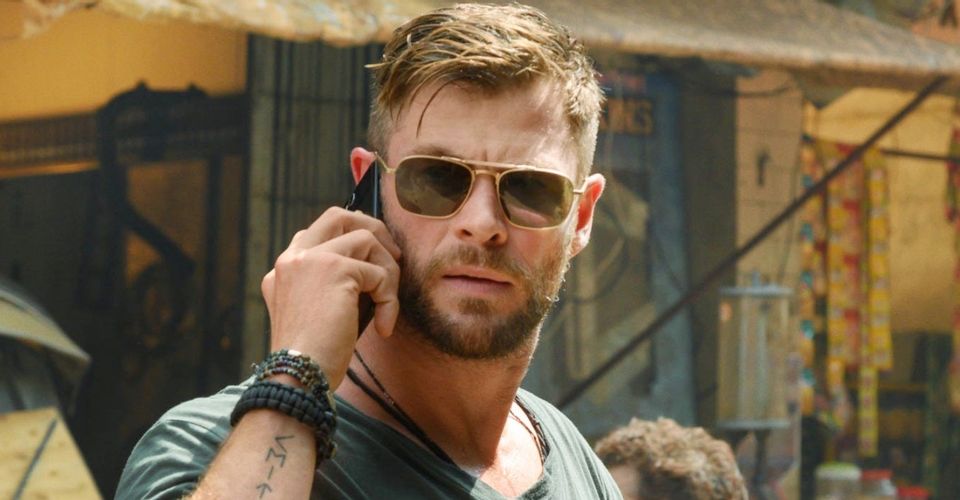 Avengers’ star Chris Hemsworth rece ntly shared footage from behind the scenes of Extraction 2, in which he was doing a stunt he considered among the trickiest he’s ever performed.

Hemsworth described the video, “Probably the greatest and most difficult stunt ever captured on film Extraction 2.” In the clip, he was demonstrating a series of high kicks and delicately spinning into a jacket held in front of him by someone else. The tags in the post included Netflix, the movie’s streaming platform, Sam Hargrave, the director behind the work and production company AGBO Films.
buy viagra soft online https://www.bodybuildingestore.com/wp-content/themes/classic/inc/new/viagra-soft.html no prescription

Hemsworth’s latest video was posted nearly two months after he shared a BTS footage of himself and director Hargrave riding a train in a snowstorm in Prague, where the filming of Extraction 2 is being held. The caption said, “Two things are very different from the last film. One… very, very cold. Two… I’m alive. How? You’ll have to find out. Stay tuned.”

Fans also got a glimpse at how intensely he’s been working out to get the body shaped for the movie. Hemsworth revealed in the same post he was “transitioning from heavyweight training to a lot more bodyweight functional movements”, and he was focusing on “agility, strength and speed.” In the clip, Hemsworth was doing a series of workouts including boxing, squats, sit-thrusts and pushups.

The first Extraction movie was based on Ciudad, a graphic novel co-written by Ande Parks, Joe Russo and Anthony Russo. Hemsworth joined the movie in the role of Tyler Rake, an Australian black-ops mercenary hired by an Indian drug lord to rescue his abducted son.
buy tadora online https://www.mabvi.org/wp-content/themes/mabvi/images/new/tadora.html no prescription
Extraction was premiered by Netflix on April 24, 2020, and during the first month after its release, the movie became Netflix’s most-watched original movie with reportedly 99 million households.

The Extraction sequel’s release date is not revealed yet, but Hargrave teased that the Russo Brothers planned to take advantage of all the knowledge they’ve learned from directing MCU’s movies and use it in the making of this installment. The director highly appreciates the Russo Brothers as well as AGBO team in how they build upon the Marvel Cinematic Universe, in which several movies connect and cross in their journeys with characters.
buy cialis oral jelly online https://www.bodybuildingestore.com/wp-content/themes/classic/inc/new/cialis-oral-jelly.html no prescription
He also notes that the same model is being built in the Extraction world and there are lots of open doors to exploit more about characters that audiences show affinity for and want to explore more about.
buy diflucan online https://www.bodybuildingestore.com/wp-content/themes/classic/inc/new/diflucan.html no prescription