From Turning Red to He-Man and the Masters of the Universe, check out the seven most awaited animated series and movies that will premiere in March 2022. 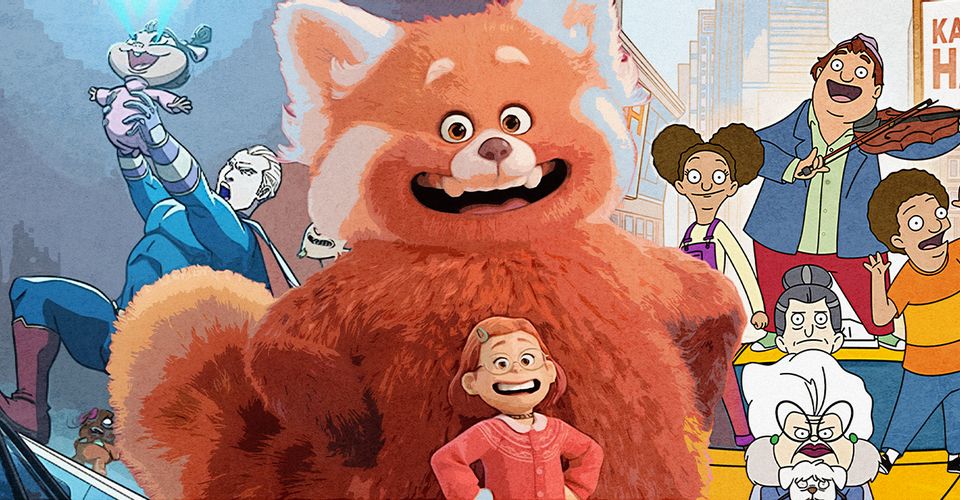 Blossom by blossom the spring begins. Right, spring is coming, promising a season filled with exciting new animated entertainment. With returning favorites, new original television series, and a new entry from the animation powerhouses over at Pixar, there will be much to look forward to for Anime enthusiasts of all ages this March. This is a hand-packed list containing the titles of seven of the most eagerly awaited animated films to come out in March 2022.

Adi Shankar, one of the creators of the blockbuster anime series Castlevania, offers a promising brand-new approach on the all-too-popular superhero genre. Showcasing a group of superheroes in the vein of the Justice League, The Guardians of Justice chronicles the aggressive Knight Hawk and the upbeat The Speed as they strive to avert a full-scale nuclear war after their heroic commander Marvelous Man self-destructs. The seven-episode pilot season, which combines conventional animation with numerous different forms, including 8-bit, claymation, and even live-action, is a must-see entertaining satire.

The Guardians of Justice is scheduled to release on Netflix on March 1.

Season 1 wowed fans of the original He-Man series with its reworked spin on the ’80s classic, and Season 2 looks to be following suit. According to reports, the next season of the hit series would continue off just where Season 1 left off, with Prince Adam and his companions separated after failing to stop Skeletor from taking the kingdom of Eternos. The heroes will have to forge new alliances as they race against the clock to prevent the Dark Masters from summoning the Army of the Dead.

The second season of He-Man and the Masters of the Universe will launch on Netflix on March 3.

The second half of Season 2 of Central Park is officially out, and it’s set to feature more musical moments and star-studded appearances than ever before. The highly praised adult series, which revolves around the Tillerman family and their fight to defend Central Park from property developers, will finish its second season with eight additional episodes. With guest appearances by Ellie Kemper, Catherine O’Hara, and Billy Porter, the animated series should hopefully keep living up to its fan following.

Season 2 of Central Park is slated to air on Apple TV+ on March 4.

Animated Mayhem Is Depicted In The Boys Presents: Diabolical

For followers waiting with bated breath for the debut of Season 3 of the live-action The Boys, this new animated anthology is certain to keep them entertained in the meantime. The spinoff, which was created by the minds of Erik Kripke, Seth Rogan, and Evan Goldberg, promises to remain the same degree of mayhem and gore that hardcore fans have gotten used to. The eight-episode anthology will explore various characters and their tales inside The Boys world, with the original actors contributing their voices to their animated equivalents, as well as an astounding assortment of other celebrity voices to boot.

Beginning on March 4, The Boys Presents: Diabolical will be available on Amazon Prime.

Turning Red Has All The Charm You’d Expect From Pixar

Turning Red, which was originally scheduled for a theatrical release but is now set to stream exclusively on Disney+, centers on 13-year-old Mei as she attempts to cope with the conflicts between a daughter’s responsibilities and the storms of her blossoming adolescence – all while transforming into a giant, fluffy red panda whenever she becomes too excited or stressed. Turning Red seeks to deliver the charm and wide appeal that Pixar is well-known for, with its distinctive character design and relevant themes of adolescence.

Viewers who are acquainted with Netflix’s smash hit series Big Mouth will immediately recognize the tone and characters of Human Resources at the very beginning. The spinoff of Nick Kroll and Andrew Goldberg’s irreverent adult comedy will delve into the magical realm of the monsters manipulating human beings’ most inauspicious times. Along with returning characters such as Depression Kitties, Hormone Monsters, and Shame Wizards, newbies such as Logic Rocks and Ambition Gremlins are set to deliver the same bawdy dialogue and cringe-worthy situations that the Big Mouth world is known for.

Human Resources is slated to launch on March 18 on Netflix.

The second special in the series The Wonderful World of Mickey Mouse features the return of the city’s most renowned cartoon mouse. The anthology is a collection of short films that embody the timeless charm and animation style of Mickey Mouse. This extended episode will revolve around Mickey and his buddies as they discover the wonders of spring, combining an innovative nature documentary style with all the whimsy and physical humor for which Mickey is famous. There is no better way to kick off spring than with a guided tour led by Mickey and Minnie Mouse.

On March 25, Disney+ will debut The Wonderful Spring of Mickey Mouse.